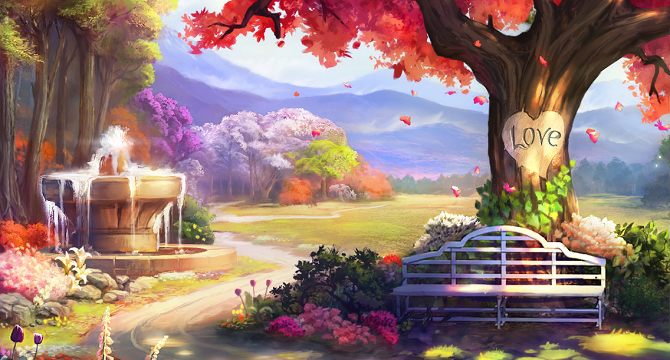 It will be your privilege to decide about the future of three people: Robin and Sheriff, tough men, competing against each other, and Marian - a girl involved in a series of quite dramatic events. Their fate will be determined by you. Love will win either way, but is it going to be a happy one? It's for you to choose.

The Tree of Love awaits those who are determined enough to make it through these challenges. If already owned by the player, one will be able to get an upgraded version and if it also in the player's possession - fear not! One will not be disappointed...

The event also includes new special avatars for players to win but of course one will have to play its way through the quests!

Every day throughout the event there will be at least one new quest to be solved presented by Robin, Marian or Sheriff. Every solved quest grants the player with a random reward (if not specified below). The quests don't need to be solved the same day but they have to be solved in the order they are presented and only optional quests are skippable.

Alternative 1 (if a province is acquired):

Alternative 2 (if quest is skipped):