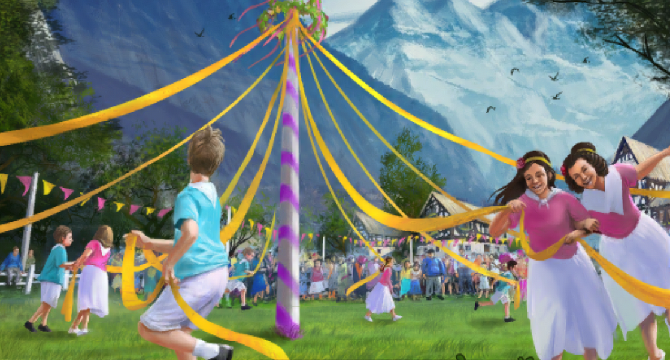 The 2016 May Day Festival Event is a seasonal event that will run from April 21, 2016 to May 5, 2016. This event marks the celebration of May Day, a spring festival occuring on May 1 in parts of the Northern Hemisphere.

Every solved quest grants the player with a random reward. The quests have to be solved in the order they are presented and no quests are abortable.[1]