There are some great features planned for this update, so developers will start 2013 with a blast! The 0.24 update will be implemented on January 9, 2013. We focused especially on polishing the Great buildings feature and added some brand new items to help you collect your Blueprints more swiftly. Also a Great building overview has been introduced in the Town hall.

Keeping track of all the Great buildings you are supporting is no easy task, so we came up with a feature that will help you with this in the future. An overview that displays all the Great building contributions you have done, plus your current rank, can now be found in the town hall, in the news section. 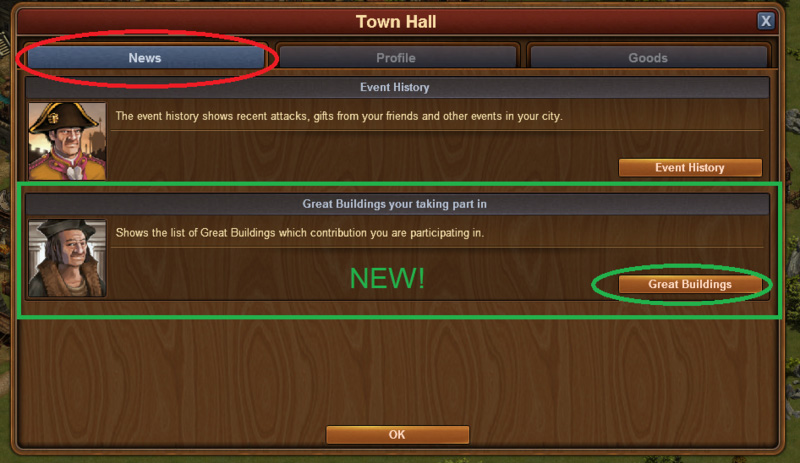 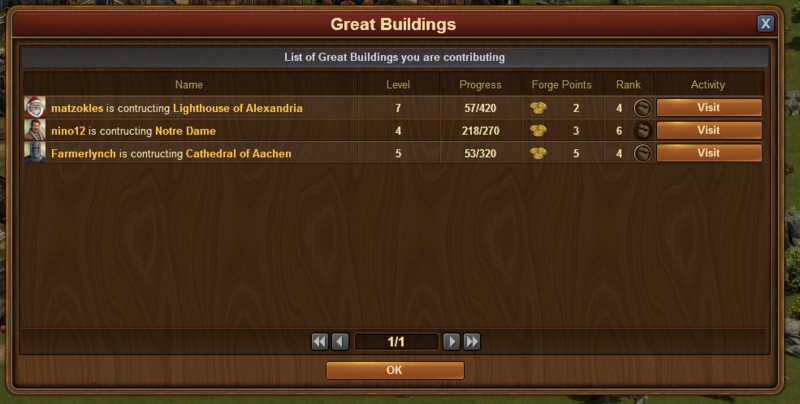 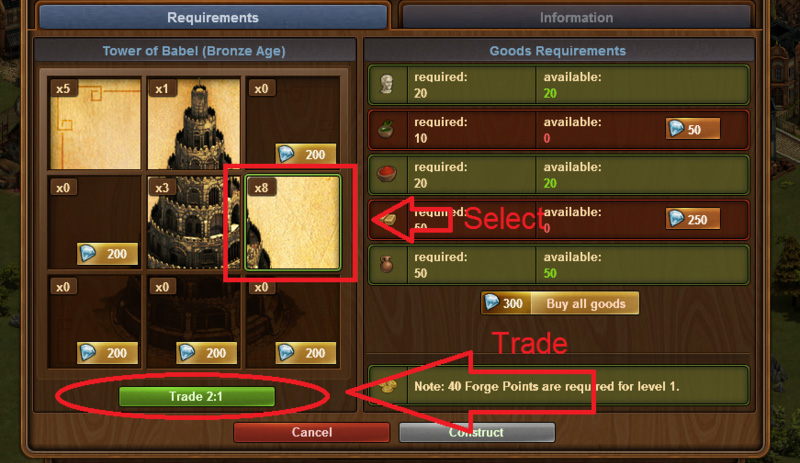 Many of you had trouble finding all the pieces to finish your constructions so the droprate of the Blue prints (for both motivating and plundering) has been increased.

Added a Ranking for previous levels of GBs

We added ranking in the ranking window from previous levels of the Great Buildings.

Retrieved from "https://forgeofempires.fandom.com/wiki/Changelog_0.24?oldid=133178"
Community content is available under CC-BY-SA unless otherwise noted.