PvP Tower rankings for each age are now displayed across the top of the event history overview. You can see your current rank in each of the PvP towers for the current tournament you are participating in, and how many medals you will win if you maintain your current rank until the end of the tournament. 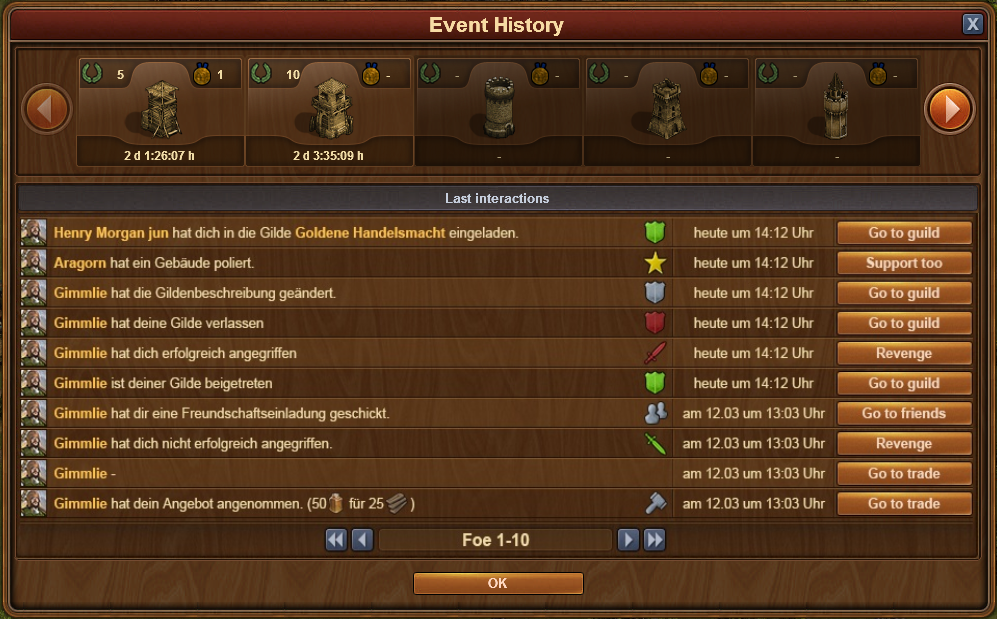 A confirmation window will now appear when selling all buildings, and the sale must be reconfirmed before the building is deleted. As an additional safeguard for Great Buildings, when attempting to sell one of the great buildings a checkbox must manually be ticked in order for the building to be deleted. We hope this will remove the possibility of selling buildings unintentionally.

Retrieved from "https://forgeofempires.fandom.com/wiki/Changelog_0.25?oldid=133179"
Community content is available under CC-BY-SA unless otherwise noted.