Important: Please note that this information is second hand information issued by InnoGames - the game developers. Any questions or complaints are best handled by contacting them.

Open the Invite Friends screen in your Social Bar. 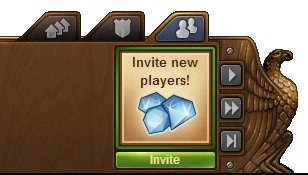 Here you can see how far your friends have progressed. What rewards are awaiting for you? Click Collect and get your Diamonds! 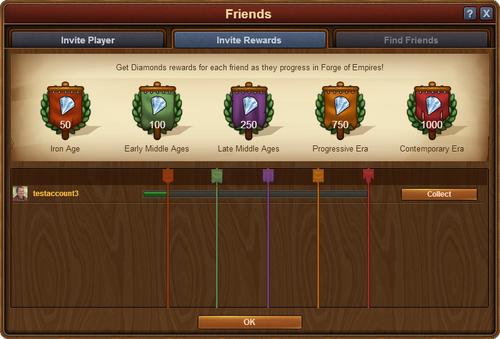 Retrieved from "https://forgeofempires.fandom.com/wiki/Changelog_1.74?oldid=133326"
Community content is available under CC-BY-SA unless otherwise noted.