Cherry Garden Set consist of five buildings. Each building has increased properties while placed next to another buildings from the same set. The buildings that belong to the set are identifiable by the Sakura Tree icon (show on the right). The icon is displayed in the players inventory next to the buildings picture. 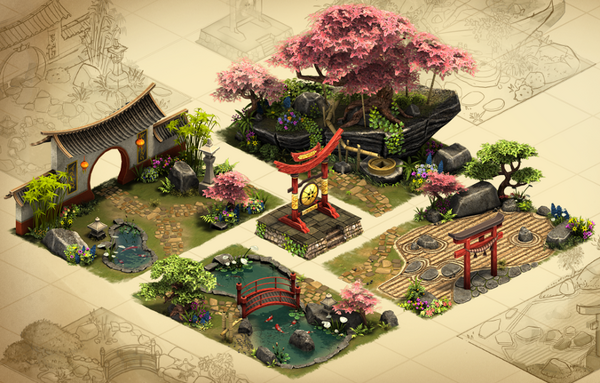 2018 Spring Event introduced the level 2 version of the Cherry Garden Set. Each of the buildings received a selection kit which allowed players to upgrade an existing building or build a new level 1 version of that building. Each building have new visuals and improved properties after the upgrade.

The Cherry Garden Set consists of five buildings. Each of the buildings can be upgraded once.

Resources from the Cherry Garden Set buildings can be collected every

24 hours. Some of the buildings have passive effects and can not be collected from.

Table below shows the combined properties of a full set.