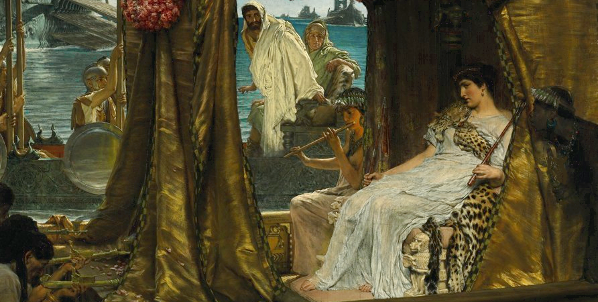 Cleopatra VII Philopator was the last queen of the ancient state of Egypt.
With the deaths of Cleopatra and her son Caesarion, pharaonic Egypt came to an end.​​

The Cleopatra Historical Questline is a historical questline that will run from April 26, 2018 to May 1, 2018.

If the player manages to complete all the quests in time, they will receive a Portrait of Cleopatra and a new residential building in the Baroque Garden style, the Obelisk Garden, which provides population, coins and when motivated 1 Forge Point. The building also has a secondary effect, i.e. the player will be able to spot Cleopatra herself being carried around in her lectica!

Every solved quest grants the player with a random reward. The quests have to be solved in the order they are presented and no quests are abortable. The quests will be presented without any timed delay.