Forge of Empires Wiki
Register
Don't have an account?
Sign In
Advertisement
in: Unreleased, 2021 Halloween Event, Building Sets,
and 2 more

The Horror Circus Set is a building set released with the 2021 Halloween Event with the upgrades.

The Horror Circus Set consist of five buildings. Each building has increased properties while placed next to another buildings from the same set. The buildings that belong to the set are identifiable by the Horror Circus icon (show on the right). The icon is displayed in the players inventory next to the buildings picture. 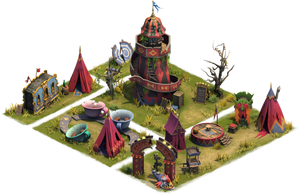 The level 2 version of the Horror Circus Set. Each of the buildings received a selection kit which allowed players to upgrade an existing building or build a new level 1 version of that building. Each building have new visuals and improved properties after the upgrade. 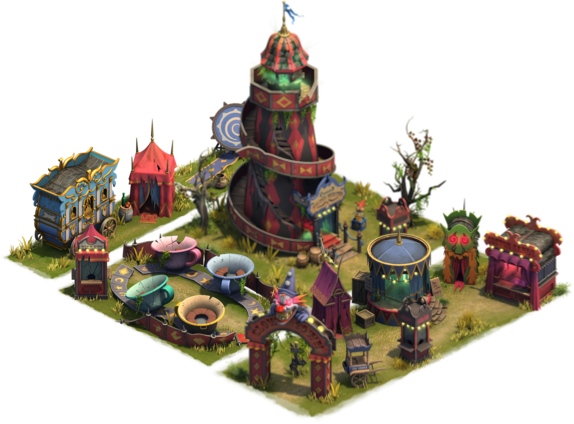 The Horror Circus Set consists of five buildings. Each of the buildings can be upgraded once.

Resources from the Horror Circus Set buildings can be collected every

A full set at level 2 with the standard configuration above gives the following combined production and bonuses: