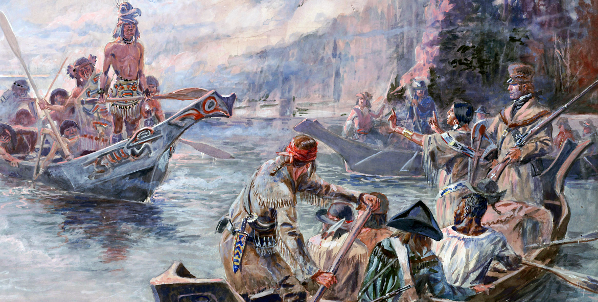 Sacajawea is known for her help in exploring North America with the Lewis and Clark expedition. ​​

The Sacajawea Historical Questline is a historical questline that will run from May 23, 2018 to May 29, 2018. This time, as you can see, we will tell you the story of Sacajawea, an Agai-Dika Shoshone woman, born in 1788 in an area today known as Idaho.

If the player manages to complete all the quests in time, they will receive a Portrait of Sacajawea and a new residential building in the Baroque Garden style, the Menagerie, which provides population, coins and when motivated 7 Goods.

Retrieved from "https://forgeofempires.fandom.com/wiki/Sacajawea_Historical_Questline?oldid=80226"
Community content is available under CC-BY-SA unless otherwise noted.