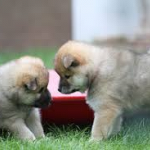 On the FOE Wiki

I used the FoE Wiki to find out conditions of different quests, and then I saw that there is no information about HMA and only one LMA quest on the Side Quests page. So I started to add these quests to the Wiki when I got them in the game. Unfortunately, I was able to add very few HMA side quests but the LMA side quests collection seems rather nice now.

In the FOE game

My nickname in the game is also bobikz. I've been playing on B-world (Brisgard) of the US server for about 2 years.

Currently I'm in the Postmodern Era and haven't spent any money on the game.

This strategy will not give you many game points and will not help you succeed. Actually, it will only make the game harder to play. I know I'm weird:)))))))

Retrieved from "https://forgeofempires.fandom.com/wiki/User:Bobikz?oldid=116222"
Community content is available under CC-BY-SA unless otherwise noted.