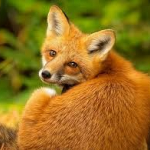 I'm Neil, a 30 year old residing in the beautiful coastal state of Goa, in India, though I am a native of Portugal and have lived a vast chunk of my life in the United Kingdom.

On the professional front, I am trained as a lawyer, though I'm presently on a hiatus from the profession and am working as a high school English teacher. Moreover, I'm also studying for a degree in Zoology as I aspire to enter the world of the life sciences soon.

My hobby is traversing through the myriad mysteries of the English language, and some of my friends consider me to be a 'grammarian'; I'm literally their thesaurus on the go. Aside from that, I personally consider myself to be blessed with the proverbial 'green thumb', and have a taste for gardening. I generally grow my own vegetables and even used to manage a little private nursery. It is now being managed by my fiancee.

Another thing, I'm obsessed with genealogy. I'm a die-hard fan of anything ancient, like old records, photographs, documents etc. I work as a freelancer genealogist when I'm not dealing with cases and courts. It's like my second, part-time job. I have established people's roots, and in many cases people who come to me are in for a (pleasant) surprise as they discover and establish unlikely connections with other, seemingly unrelated people.

That's all regarding my personal life!

In the not-so-distant past, I used to play on (then) all 14 worlds of the EN server and was in AF on 09 of them. An experience which left a bad taste in my mouth, coupled with some crucial examinations, made me leave the game, but after a while, I decided to return. However, the strain and pressure I had to face managing the (then) #1 guild on the server me reluctant to go back to my AF worlds. They were just into the threshold of the AF (soon after Part 1 had been released).

I decided not to return to them and instead concentrated on one world which was in the LMA. Currently, its in the Postmodern Era, and I intend for it to remain so. In June of 2016, I joined the Beta server and instantly fell in love with it. I've quit the EN server and concentrate on Beta as my main world. It is in the Postmodern Era as of now though I intend to bump up to the Contemporary Era and then camp over there.

Please note: I have retired from the wiki since 10 April 2020. I will occasionally be found floating by filling in the quest pages and other stuff as I see fit. This does NOT mean that I have resumed my admin duties. I am merely helping out by doing what I've always liked doing.

I have been a noted administrator on several wikis including this one. My administrative experience as of April 2020 is approx. 6 years 5 months or 2300+ days. Before my stints as admin, I have been a dedicated contributor on many wikis and have enriched their repositories with my knowledge of the topics (bragging rights ;P)

What are sandboxes? You may ask, right? Well, sandboxes are drafts which I create before creating any final page which pertains to an important matter, like events, ages etc. This makes it easier for me to simply copy and paste the content when its required on a short notice and helps in the rectification of errors. Anybody can create them, but you should keep in mind that Sandboxes are a user's personal property, and editing or modifying them without the user's prior permission is considered to be in bad taste and is looked down as indecent wikiquette.

As of June 2019, I have been a part of Fandom's Councillor programme. This basically means that I'm involved in pre-testing of features and products before their global release as well as offering feedback. Under my tenure as a Councillor, Forge of Empires Wiki has participated in several pre-release trials of several features, which include the User Walkthrough, Editor Dashboard and the Advisor Programme.

I have been a noted administrator on many Wikis (which I have chosen not to list here) for having a serious take on vandalism. Although our wiki is peaceful and stable now, there was a time when it was not so. I am here to guide and help you all. As I mentioned earlier, if you have any doubts, concerns or queries you all may leave a message on my Message Wall.

There are several kinds of vandals which I have come across during my time as an admin. There are some who are obnoxious and rude to fellow commenters/editors. Then there are some who post inflammatory messages on other's message walls. Other kinds of vandals bring some other unrelated kind of wiki's dispute in ours and start a 'war' of sorts over here. Then there are some who remove content from pages without reasons and those who desecrate pages and replace correct information with incorrect content. Some vandals post obscene links on pages and in comments etc. Regardless of the type, I will review the gravity of each situation before taking a decision. My decisions may include a warning message, or a temporary block from the wiki(duration depends on situation) or a full-on permanent ban. Of course, I will be just and fair in taking a decision.

Contacting me can be about pretty much anything, the only thing you have to keep in mind is that I will not entertain any personal or offensive queries.

Retrieved from "https://forgeofempires.fandom.com/wiki/User:Pafton?oldid=139280"
Community content is available under CC-BY-SA unless otherwise noted.